Events inside the CICS internal trace are captured by the C\Prof collection task (collector). Run C\Prof as a collection server servicing requests from either the ISPF dialog or the C\Prof Web UI, or submit ad hoc batch requests using JCL.

Profiling provides an application perspective of the trace. C\Prof uses the CICS internal trace to keep detailed information about transaction behavior while the user interface provides near real-time access to the archived collection data. Transactions can be traced across multiple CICS regions while the regions themselves remain unaffected by the process. 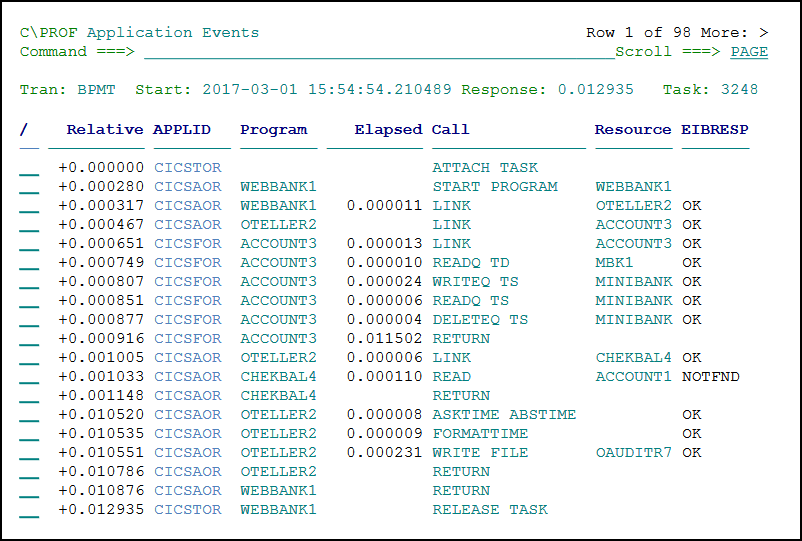 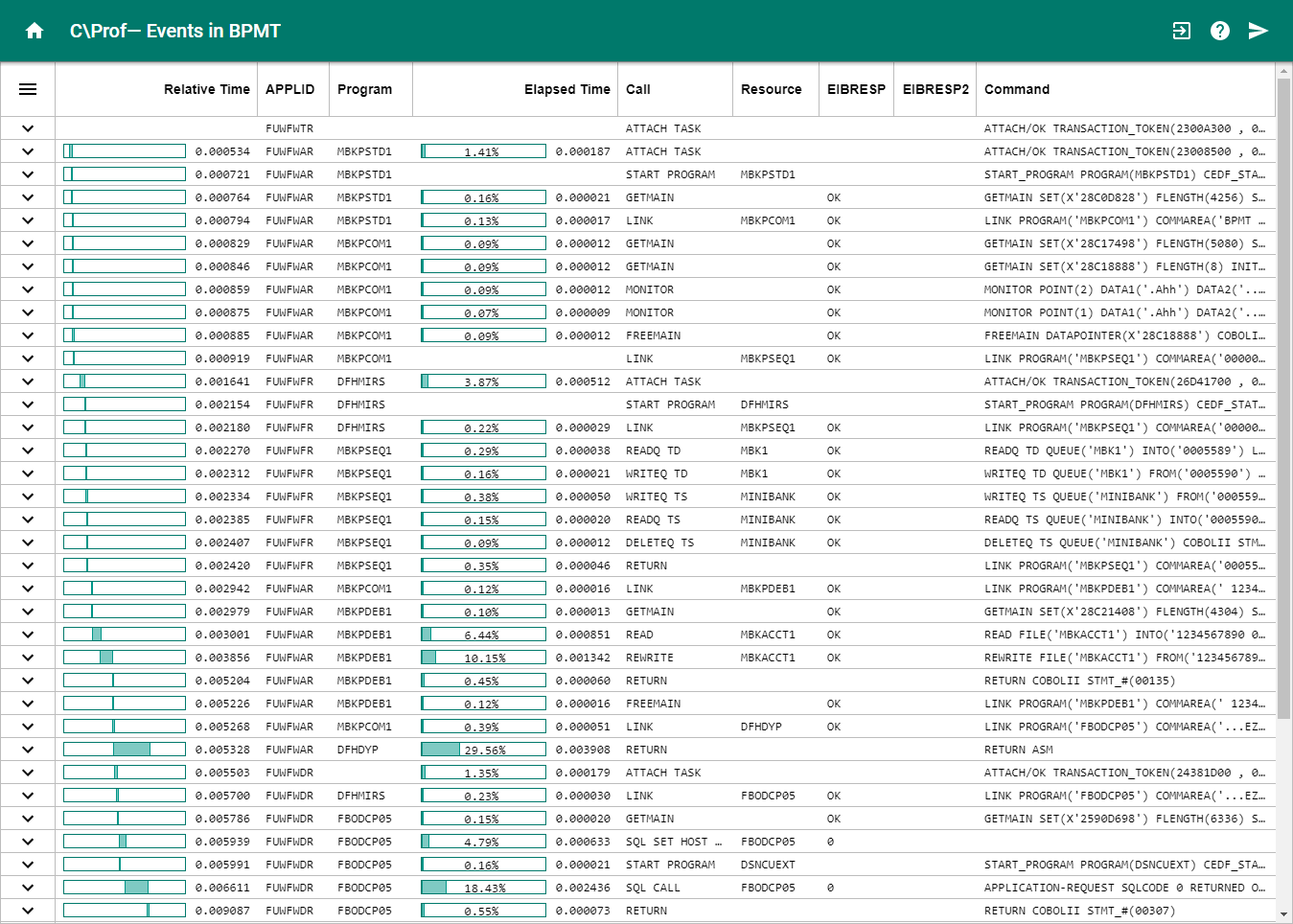 The C\Prof user interfaces are powered by the transaction information collected and stored in C\Prof archive data sets. Collection settings and storage attributes are defined by a simple configuration file. 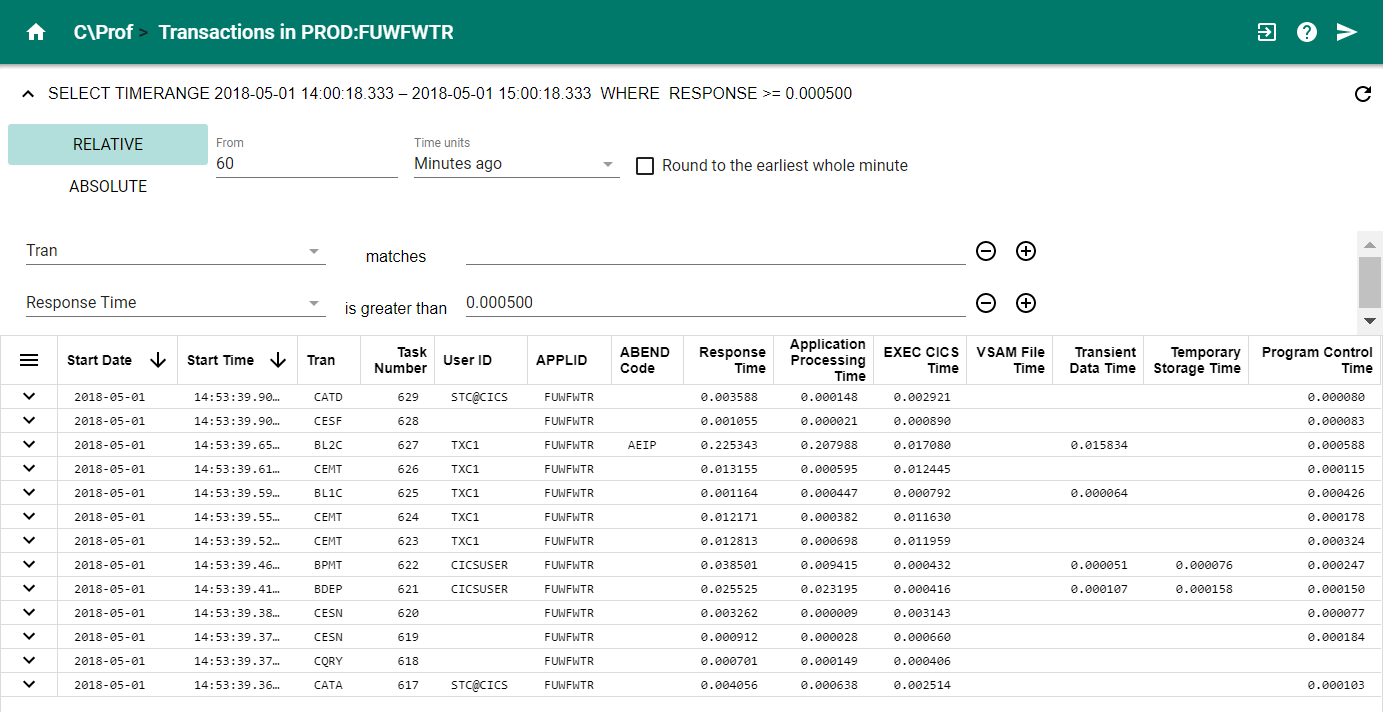 A list of transactions collected by C\Prof (Web UI)

The CICS internal trace is a circular buffer in which the oldest trace entries are continuously being overwritten with new entries due to ongoing activity in CICS. If a problem occurs in CICS, trace events relating to recent problems in CICS will persist inside the CICS internal trace for a period before they are eventually overwritten by newer entries. If we are fast enough, we can capture those trace events by taking a copy of the trace table. In C\Prof, this process for capturing the recent history of events in CICS is called a "snapshot".

Snap is very lightweight and typically completes within a few seconds, depending on the size of the trace. View the resulting auxiliary trace data set with the CICS trace utility print program, the C\Prof trace viewer, or import it into the C\Prof transaction profiler as required.

A C\Prof recording to an auxiliary trace data set produces output identical to the CICS auxiliary trace facility but with a much lower processing burden. Configure and manage collection from the C\Prof ISPF dialog, use the C\Prof trace viewer to view the results, import data into the profiler, and share data quickly and easily with the C\Prof configuration file.