Collecting from CICS regions that use multiregion operation (MRO)

When enabled, multiregion operation (MRO) is used by CICS transactions to distribute their work across multiple regions, typically within a CICSplex. Each CICS region spawns a new task to perform the required function on behalf of the originating transaction. The trace entries from these tasks are spread across the CICS regions that undertook the work. 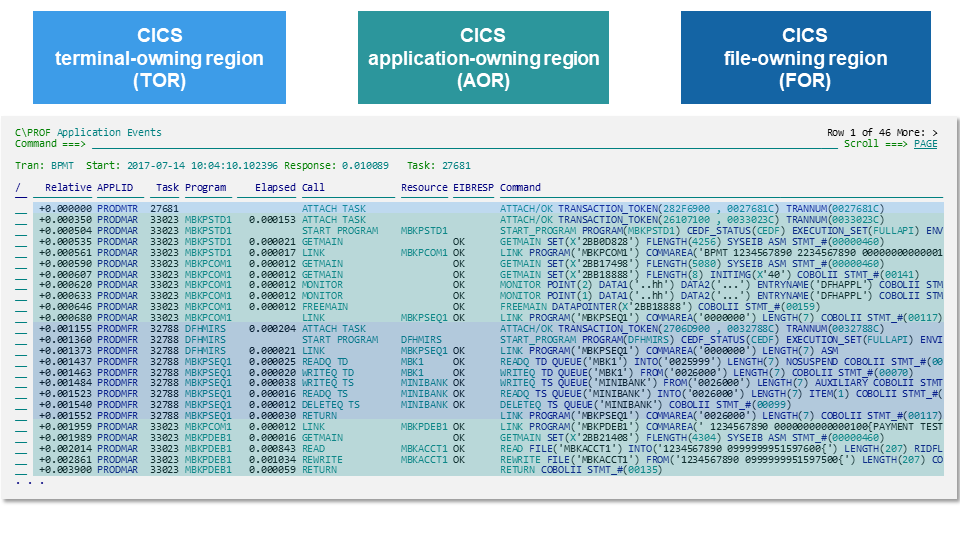 Consider the following example which shows the sequence of events when a transaction from one region (CICSP1) links to a remote program on another region (CICSP2) within the same LPAR:

C\Prof can be configured to interpret this sequence in one of two ways.

In the following example, the C\Prof Web UI shows activity across multiple regions (TOR, AOR, and FOR) as a single transaction. The APPLID column reveals how the transaction flows across CICS regions.