Welcome to May 2020! I hope you and yours continue to stay healthy and safe as the realities and confusion of this pandemic surround us all.

This month, this May, feels very different than any other I’ve experienced over my past 30 years at Rocket. As I talk to many of you – customers, partners, Rocketeers – I hear uncertainty and anxiety in your voices. The unknowns of this pandemic around testing, tracing, treatment, vaccines, potential second and third peaks, our own health, the health of our loved ones – all of that is overwhelming.

I have also talked with many of you about hope and our mutual, connected, and global desire for a better future—together. In our conversations, you’ve heard me use my four favorite words: Empathy, Humanity, Trust, and Love – our core values at Rocket.

Here is just one example of how Rocket is helping make a real difference in people’s lives, not just with empathy, humanity, trust, and love, but also with our Rocket technology. Tens of millions of Americans are applying for unemployment benefits as their jobs are eliminated or put on hold. The level of demand is unprecedented. Here in the United States, this is putting a massive strain on state governments, whose technical infrastructures are facing levels of traffic that were never envisioned even a few months ago. The good news is that our tools are helping states and the people who live there.

One midwestern U.S. state usually processes around 3,000 unemployment claims a week. In the first week after expanding benefits, the state received around 41,000 claims – a more than 10x increase over their typical load. Many states’ mission-critical systems were hobbled by similar rates of increase at around the same time. But because this state’s unemployment applications are processed using a IBM Z server and Rocket Software, IT was able to instantly scale up its total capacity on demand by nearly two-thirds without purchasing any new hardware or software. “When it comes to raw power, nothing else even comes close,” says the unemployment agency’s head of IT. “So when we need it, the scalability is there.”

Moreover, while the state purchased its first mainframe many decades ago, it has continued to invest in the platform – including upgrading both the mainframe platform to the latest generation of equipment and modernizing the underlying applications running on it. The state’s head of IT attributes the state’s ability to efficiently process unemployment claims to these decisions, even through an unprecedented public health crisis. A Rocket Software customer since 2012, the agency currently uses Rocket® Mainstar Catalog RecoveryPlus to ensure uninterrupted access to critical operational data, as well as Rocket® VSAM Quick Index® to maximize its systems’ data availability without adding resources. “With public services like unemployment, your resources tend to be used all at once, and you need to be able to respond fast,” the head of IT says. “Rocket’s tools help us ensure that our mainframe is running reliably and efficiently, and they contribute to our ability to dynamically scale with wide increases or decreases in demand. We consider them a key strategic partner in allowing us to complete our essential mission of maintaining a robust workforce for our state.” 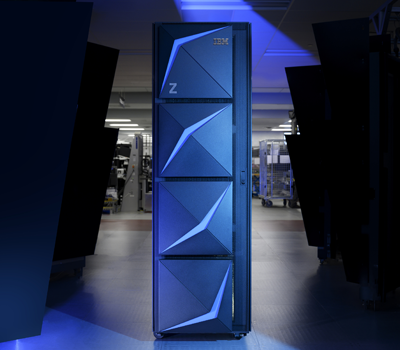 We are proud of our ability to help the state through the darkest days of the COVID-19 pandemic. But their story isn’t the only one that highlights our commitment to delivering technologies and services that are helping real people. We’ve made many of our products (including Rocket BlueZone® Web) free to users so that their IT teams can remotely monitor systems on mobile devices rather than risk their health coming into an office or NOC. We’ve given away free licenses so that users can use extra devices as they work from home. We’re even making it easier for companies that make masks and other protective gear to exchange data securely with new manufacturing partners with extended free access to Rocket® TRUcentrix supply chain solutions.

Last year we introduced the notion that Legacy Powers Legendary™. It’s not just a slogan. It’s the embodiment of what Rocket is all about. We aspire to make every customer legendary by achieving legendary outcomes. We don’t just provide technical expertise and write code. We build things that help real people live better, safer lives. And in today’s global crisis, that is quite literally the only thing that matters.

Learn more about our legendary impact

I wanted to share some seasonally appropriate music that captures the feeling of the month. 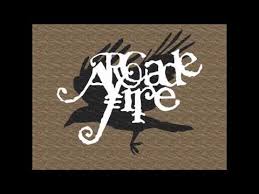 Month of May (Arcade Fire)
The leader of this Canadian band told NPR that, "Living in Montreal, the winters are so insane that in May, when the winter starts to break, there's a crazy feel in the air."

First of May (Bee Gees)
Long before Saturday Night Fever turned them into the godfathers of disco, this Australian trio was known for melodic rock that led fans to believe that they were actually the Beatles recording under a pseudonym. 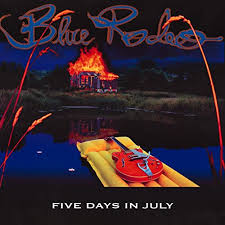 5 Days in May (Blue Rodeo)
Singer Jim Cuddy has said that this folk-rock masterpiece was inspired by a friend writing his wife's name in the sand while on a beach in New Zealand. 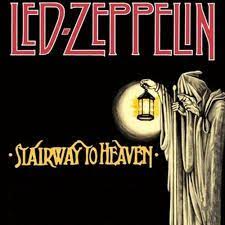 Stairway to Heaven (Led Zepplin)
There have been so many interpretations of this iconic song, and a single line about the “May Queen” only adds to the mystique.