I just returned from attending the first-ever IBM Think conference in Las Vegas. The convergence of multiple conferences IBM has traditionally hosted – Pulse, Edge, IOD, World of Watson – Think is now officially the premier IBM event of the year. And there’s no doubt that Think 2018 more than lived up to its flagship status and gave participants the opportunity to experience all things IBM. Technologies relating to AI, Cloud, data, cybersecurity, infrastructure and more were all on display, showcasing the massive breadth of innovation at IBM.

I was particularly impressed by the effort IBM put into creating smaller “communities” within the larger community of attendees. When tens of thousands of people come together for an event like Think, it is those communities-within-communities that make the week worthwhile. I spent a lot of my time at Think in the infrastructure and data areas, which were equal parts fun and educational.

Something else I want to highlight is a fascinating talk given by Arvind Krishna, senior vice president, Hybrid Cloud, and director of IBM Research, covering IBM Research’s annual “5 in 5” technology predictions. If the future of technology is something you’re interested in, you owe it to yourself catch the replay here.

I also want to thank our customers and partners who attended Think and took the time to meet with us there. We sincerely hope you enjoyed your time at our reception on Tuesday night. I’m sure you noticed that there was no guitar-playing this year, no guitar give-away, and The Rocket Band did not perform. Given the change in IBM’s conference format, there unfortunately wasn’t an opportunity to do any of those things. But after talking with conference attendees, I understand that many of you missed those moments. The Rocket Band missed it too, and we heard your feedback loud and clear. I’m happy to report that we do plan to recreate those moments at Think in San Francisco. We hope to see you again next year at the premier IBM event of 2019! 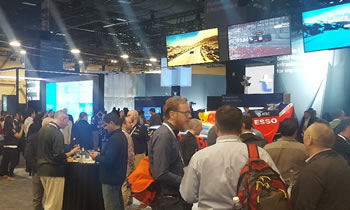 "Think" I don’t know about you, but I never tire of hearing the Queen of Soul belt this one out.

"Think for Yourself" Rubber Soul was really a turning point for the Beatles. The album marks the group’s foray into a kind of musical experimentation that still sounds radical even to our modern ears.

"Stop Me If You Think You’ve Heard This One Before" The Smiths are one of those rare bands where there’s just no weak link. The combination of Johnny Marr’s iconic jangly guitar riffs, Andy Rourke and Mike Joyce’s super-tight rhythm section, and Morrissey’s inimitable voice and lyricism have earned the group an indisputable spot in pop music history.

"You Might Think" The synth, the beat, the earnest lyrics—everything about this song is just classic 80s New Wave. Enjoy the trip to the era of neon spandex, cassette tapes and John Hughes movies with this catchy hit from the Cars.