A few weeks ago I blogged that:

I know what mission-critical applications run on mainframes today. And I know many of the software engineers across the globe responsible for building them. [After attending the IBM Edge conference and meeting so many young mainframers.] I feel good about the future. When I see the talent and creativity that our next generation brings, and I see how quickly and easily they can unleash that creativity on this powerful platform, I feel even better about our future.

Yes, many mainframers are getting older. But what group of technologists isn’t? What I’m telling you today is that there are many younger programmers ready to pick up the slack. In the last two months I’ve seen a number of encouraging signs that programmers and engineers in their 20s – and even younger – are discovering and embracing mainframes. There are so many of them that IBM has dubbed them "Generation Z."

A few weeks ago several Rocketeers joined IBM for the world championship of Master the Mainframe, a global competition that more than 18,000 college (and a few high school) students entered. Think about that for a second: nearly 20,000 people under age 25 were passionate enough about Big Iron to enter the contest, and the final nine flew to San Francisco for the last round. The work they did (using Apache Spark on z/OS to analyze a massive amount of mainframe data) was mind-blowing, and I had the pleasure of meeting the three finalists at IBM Edge 2016. After talking to all three of them, I can tell you that mainframes are in very good hands with this next generation.

In a few weeks, several of Rocket’s own young mainframers will participate in the New England z Systems Customer Council, which will include a panel focusing on recent hires in the z environment. In November another team of young Rocketeers will attend Tech U in Austin. This event will include more than 100+ information-packed technical sessions and hands-on training for all skill levels delivered by top IBM developers and experts, and will feature several sessions targeting Generation Z.

Rocket is proud to continue our efforts with Framingham State University to offer students a minor degree in Enterprise Systems and a five-course Enterprise Systems Certificate Program. Mainframe industry professionals developed the minor and certificate programs and will teach the courses. IBM is contributing expertise in technical skills curriculum, as well as technology resources to the program. The IBM Academic Initiative for z Systems, which aims to help meet the growing global demand for top technical talent, has for many years, provided curriculum to universities to teach z Systems technical content. This new initiative with Framingham State will focus on the critical role the mainframe plays in many Fortune 500 companies around the world. In addition, the students in Framingham State’s program will have access to a z Systems mainframe made available through the Academic Initiative to access curriculum and hands-on workshops in their courses.

From day one, Rocket has helped organizations get the most from their mainframe investments by letting them integrate their existing hardware and software with modern interfaces to utilize them on the latest platforms. In August we announced the availability of our Open Source Languages and Tools that enable anyone to program a mainframe. This "democratization of Big Iron" is an important step in attracting younger programmers to the platform because they can use the languages they already know.

We are also doing a bit of our own thought leadership in this space. Kyle Beausoleil, one of our new crop of mainframers, is now writing about Generation Z for Mainframe Executive in addition to contributing blogs on the Rocket site. Look for several more articles from Kyle this year – as well as a series of videos on younger mainframers based on our interviews with the global finalists for Master the Mainframe.

No one can predict the future, but based on what I’ve seen in the last two months from Rocket, from IBM, and from others, I think it’s fair to say that the so-called “mainframe skills gap” isn’t anything to worry about. 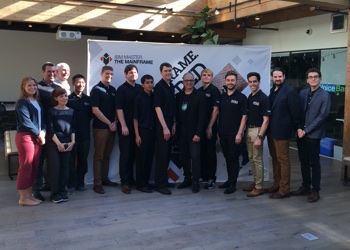