A week ago the world celebrated the 25th anniversary of the World Wide Web[1], and it’s not an exaggeration to say that the appearance of the first Web page was a transformative moment in human history. A quarter century later it’s almost impossible to imagine life without the Internet. It’s the basis of just about everything we do today. But even as we take time to marvel at what the Web has enabled, we also need to take time to think about what’s on the horizon.

Predicting the future is a tricky thing. In the 1960s, sci-fi writers were convinced that there would be lunar and Martian colonies by the year 2000 – but no one has even visited the moon since 1972. And when Gene Roddenberry created the Star Trek universe he never imagined that phones and tablets (not room-sized magnetic tape machines) would be the norm only a few decades later. In many ways, these off-the-mark fictional predictions mirror the issues that technologists in the real world face every day.

What role will technology play in our lives when we wake up on September 1, 2026? By then, I’m sure that the Internet of Things will be so ubiquitous as to be boring. “Of course my bank account is debited when my self-driving car pulls into a parking space – remember when we used to drive cars and carry coins around?” And by then, robots – the kind that know you and understand you – will be available in the home and in businesses. And faster and more secure connections will be everywhere.

It goes without saying that events will happen in the next decade that no one has even dreamed of yet. That’s why it’s important for forward-thinking organizations to build systems that won’t be obsolete the next time the “Next Big Thing” happens. A lot of great tech companies faded away after the Internet explosion because they simply couldn’t meet the needs of their customers. The ones that survived – and thrived – did so because they could help people take care of what they have/need today while continuing to innovate for what is coming tomorrow. It’s all about adaptation (which requires a willingness to adapt) and modernization (which requires a willingness to modernize). Even if we can’t predict the future we need to be open to it, ready for it, and prepared to react to the changes that are coming.

Innovation will always happen, but truly watershed inventions like the Internet, the Gutenberg printing press, and the Wright Brothers’ first plane come along every few hundred years. It is more likely that over the next decade, improvements in information infrastructure and processing power will make the impossible possible. Companies that are prepared for change because they have adaptable technology, tools, and platforms rather than rigid systems in place will be the ones that will succeed.

[1] Not everyone agrees on the date, and Internet pioneer Tim Berners-Lee claims that it’s really March 12, 1989, when he originally proposed his idea. 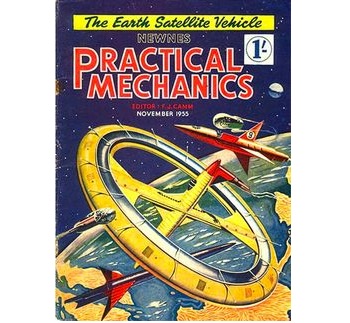