Zowe is the technology, the platform, the movement, the moment that is bringing the Z community together in service of unity and openness.

Ok, it is true that Zowe was formally launched at SHARE in August of last year. But so much has happened over the past 12 months - and specifically over the past few months - that I want to make you aware of.

The three charter partners (Rocket, IBM, and Broadcom) are still all-in on Zowe. And we are happy to report that we were recently joined by new organizations including Phoenix Software, Syncsort, and Western University. This growth coincides with the launch of three new Zowe-based projects – Feilong, zorow, and TerseDecompress – and the introduction of the Zowe Conformance program. I am excited that Zowe is gaining traction and that more technology leaders are recognizing the power of this approach to extending the value of Z.

On a related note, Rocket recently completed our acquisition of Geneva-based RSD, which provides software solutions that help major banking, government, and retail companies organize vital business data and optimize their mainframe environments. Our acquisition of RSD demonstrates our ongoing commitment to acquire, invest in, and partner with other organizations to ensure a vibrant mainframe ecosystem for decades to come. It also represents a major opportunity to leverage Zowe into new verticals, power hybrid cloud IT infrastructures, and accelerate innovation on IBM zSystems in an open-source framework.

As you know, the Rocket summer internship program is something that I’m very passionate about. I’m also committed to building the next generation of mainframers. That’s why I’m excited that many of our summer interns spent their time working on Zowe. A group of interns – who had never worked on IBM zSystems before – worked on the low-level C microservices that power the important I/O REST APIs for files and datasets. Another worked to boost the capabilities of the UI framework for app-to-app communication. And yet another group helped build the file transfer app for Zowe. You don’t have to be a card-carrying Woodstock Festival attendee to do legendary things on IBM zSystems! Zowe makes the mainframe open, accessible, easy, and straightforward – and even more relevant!

As we move into the fall, we have a lot to look forward to. But when I look back at the last quarter, I am blown away by all that is happening with Zowe – and how Rocket is playing a critical role in driving the Zowe movement forward. 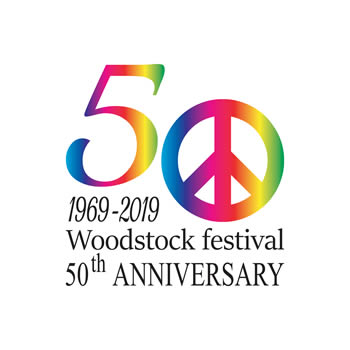 In honor of Woodstock, here are four amazing songs picked from hundreds that were played at that iconic event:

“Get Together,” Richie Havens The opening act at Woodstock, singer/guitarist Havens played for almost an hour because later bands were stuck in miles of traffic and couldn’t reach the event in time for their sets.

“I Shall Be Released,” Joan Baez Primarily remembered as a rock festival, Baez represented the folk contingent with this stirring rendition of a Bob Dylan gem.

“Southbound Train,” Mountain Largely forgotten today, Mountain (led by the underrated Leslie West on guitar) rocked harder than just about anyone at Woodstock.

“Spoonful,” Ten Years After The perfect band for the late sixties, this outfit was part of the British Blues scene that produced Eric Clapton, Jeff Beck,and Led Zeppelin.