Our Commitment to Open Source

The future of the mainframe is open to all.

Open source isn’t a trend anymore. It has become the de facto standard for millions of IT organizations, and defines large portions of the industry. We benefit from open source technology every day in our personal and professional lives; new developers have never known a world that wasn’t open.

The Rocket team is committed to bringing the benefits of open source to underserved platforms, including the mainframe. In fact, since 2010 we’ve ported more than thirty open source tools and languages to z/OS, including Git, Python and more. We’ve also taken a leading role in the new Zowe framework, helping set the stage for the next 50 years of mainframe innovation.

We believe that opening up the mainframe to a new community of developers will supercharge the next wave of innovation, helping organizations solve real problems on the world’s most powerful platform. And, we can’t wait to see what they create.

The Future of z/OS

In 2018, we took our passion for open source one step further. Working in partnership with IBM, the Open Mainframe Project and CA Technologies, we announced, the first open source framework for z/OS. Zowe encompasses a modern technology stack that software developers require to be agile and responsive as their businesses become more tech-enabled. It’s completely open, and it was purpose-built for z/OS.

Java Web Start (JWS) by Oracle Corporation is a widely used service by that lets customers run Java applications outside of browsers. It’s a capability employed by thousands of application developers to address browser compatibility issues. In April 2019, Oracle announced that JWS would not be made available in Java 11, instead ending its support with Java 8. Many products and applications depend on Java Web Start, and the announcement has put organizations—including many Rocket customers—in the difficult position of deciding what to do with their environments.

After hearing about this issue from a number of our customers, we decided to develop a solution. Rocket Open Web Launch (OWL) is an open-source solution that’s easy to set up, easy to use, and available to anyone who needs it. It’s designed to run any application as configured in its JNLP file against a Java version which may no longer officially support Java Web Start.

Rocket Open Web Launch is available for Windows, macOS and Linux, with both 32- and 64-bit versions available. It works with any Java version from any provider (Oracle, OpenJDK or IBM), with JREs and JDKs.

Students graduating with computer science degrees aren't learning COBOL; they're learning to code in Python, Perl, PHP and TCL. To help address the growing mainframe skills gap, we offer more than 30 open source languages and tools—including Git and Python—that allow any developer familiar with these popular tools and languages to harness the power of the mainframe without any previous experience. Rocket Open Source Languages and Tools for z/OS let your developers start coding quickly, without having to spend months learning new skills. 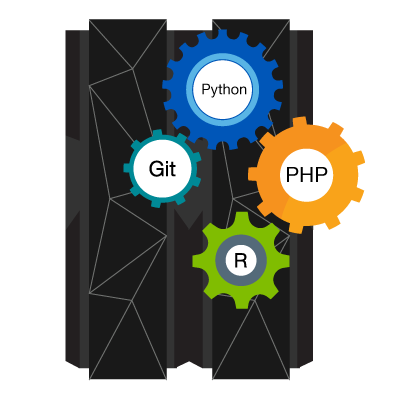